My Introduction to Mom 2.0

In 2015 Olivia was invited to a Dove Girls Self Esteem event. We both were new in the world of online influencers and thrust into it very quickly. Olivia had been invited after the Huffington Post wrote this article about the first annual I Can Be Girls Confidence Conference. She started the conference when she was 10 years old and news about it went viral. I had no clue what I was doing. But I knew that I had a little girl with big dreams and needed to make them come true.

It was at that event in New York City that we met Laura Mays, one of the founders of the Mom 2.0 Summit. I had never heard of the event but knew that a conference for moms was somewhere I needed to be. I immediately looked up Mom 2.0; the 2015 summit was already past and the 2016 event was already sold out. Bummer. So I signed up for the newsletter and for the next 15 months focused on supporting my #SuperKids and helping other moms support theirs.

At the Dove Girls Self Esteem Event, we also met Jess Weiner, the global liaison and educator for the program. She was warm, welcoming and offered **jokingly** to take Olivia on the road to speak with her. I didn’t know much about being a Momager, but I knew enough to get her card. I followed up after the event and shared other activities and projects Olivia had planned.

In May 2016 Olivia was selected to receive the Disney Parks Dream Big Princess Award. She was recommended by Jess Weiner (**thanks Jess**). The award ceremony was held during the Disney Social Media Moms Celebration at the Disney World Resort. Two other awesome young ladies were awarded that day – Hailey Fort of Hailey’s Harvest and Jordan Reeves of Born Just Right. I became fast friends with their moms and so did the girls.

Being in the room full of mom bloggers, many who had just attended the 2016 Mom 2.0 Summit, reminded me to check for announcements on the event. When tickets for the 2017 summit came around I bought mine right away. Then I partnered up with my new friend Jen Reeves and we took on the conference as first-time attendees together.

I had the best time at the 2017 Mom 2.0 Summit. Jen introduced me to nearly everyone and I made so many connections in the blogging and influencer world while there. I had found my people and it felt amazing.

By that time Olivia and I had created Girls Giving For Good, a nonprofit that connects youth volunteers with organizations in need of service. My website and my coaching services were up and running. And Alexandra had won 4 Junior Olympic medals in track and field. I felt great about the success we had in life. thanks

When the call for 2018 speakers came out I reached out to Jen and asked if she wanted to submit. Together with Tamara Zantell, creator of Raising a Mogul and mom of the CEO of Zandra Beauty, we submitted our proposal for sharing how to support rockstar kids. And we were accepted! It was a full circle moment for me to speak about supporting your children at a conference that I only learned about because I was supporting my children. 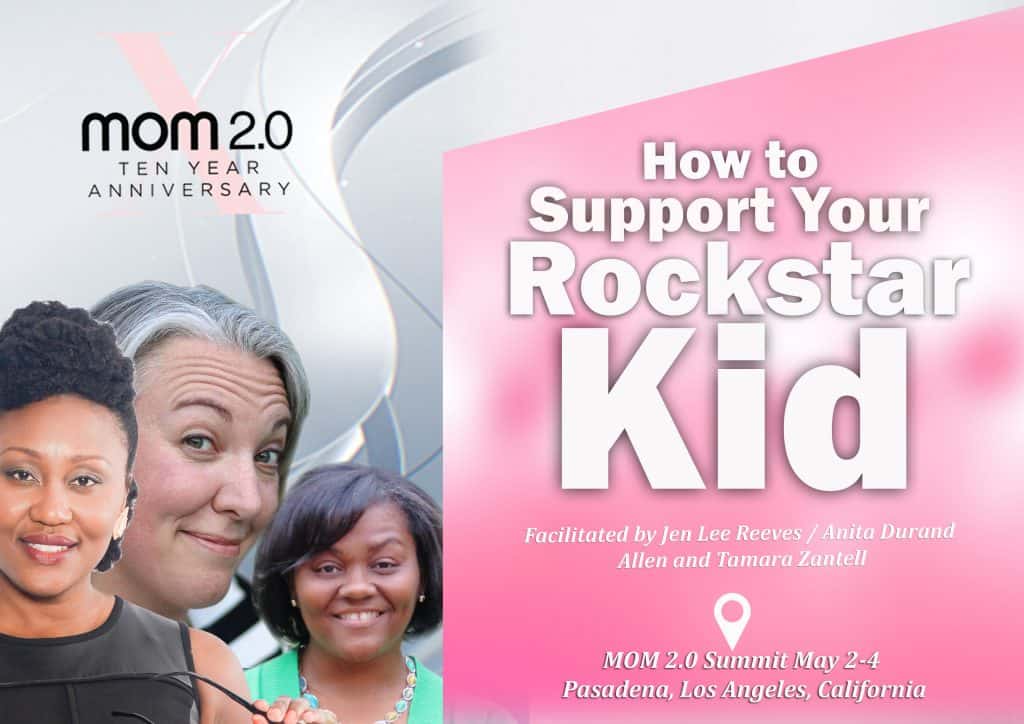 Have you ever attended the Mom 2.0 Summit? I’d love to know your story! Drop me a line in the comments.