In our house Sundays are for football. Harold and I met and started dating in college.  He was an athlete and football was his first love. So much so that a few years into our marriage he wrote a poem about his first love that I thought was about me. Nope. It was his love poem to football. Seriously.

I grew up in a family that loved watching sports. Every Sunday you could count on two things in our family: Sunday dinner at Grandma’s house and Momma watching the football team with the black coach or black quarterback, in that order of importance.

When we graduated, got married, and had a family, the tradition continued. Sundays were for family dinner around the big table and football on the big screen.  I knew enough about the game to follow along, but I didn’t have the same love for it. Spending quality time with my husband as he took in the games was my goal. 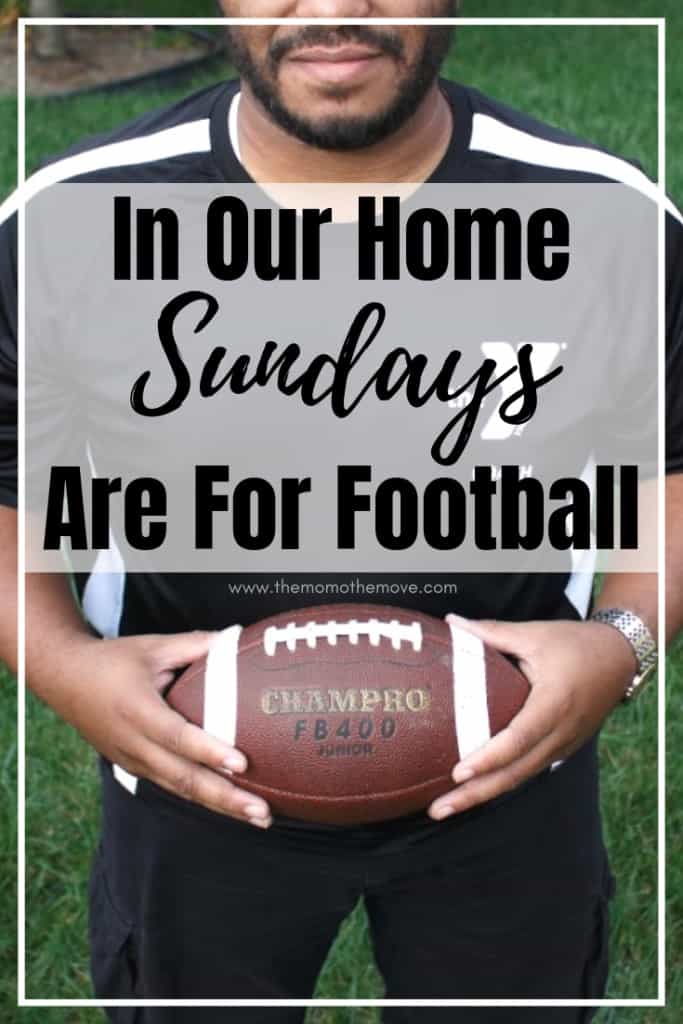 Then My Children Began to Play

When Trevone became interested in sports we started with flag football. He moved up to tackle a few years later, and then Saturdays and Sundays became days for football.  Harold’s love for the sport grew from a former player’s nostalgic love to a proud poppa’s dedication. He put on his coaching hat and stepped onto the sideline.  And then came Alexandra.

What Trevone lacked in drive, she possessed tenfold. Her athleticism was undeniable and her talent was incomparable. It was her success on the flag football field that led us to try her hand at track and field. Harold’s chest poked out further and his commitment grew stronger. Not only did he have a star football player, but she was a girl to boot.

So imagine the difficulty we faced when players and activists called for a boycott of the NFL over the exclusion of Colin Kaepernick. It was a few weeks into the season before I noticed that Harold hadn’t been watching games. And even though he has continued his boycott of the NFL, he is 100% committed to coaching and nurturing Alexandra’s love of the game.

Dear Colin Kaepernick: All You Had To Do Was Play The Game, Boy.

When we did finally discuss it he shared that he couldn’t bring himself to support an organization that denied the issue Colin was fighting. As a black man in America, he has been pulled over by police while driving more times than average.  His encounters have varied from getting a warning to being cuffed on the side of the road, but he’s never been given anything more than a traffic ticket.

[bctt tweet=”In our home Sundays are for football. But with Colin Kaepernick’s exclusion and in the current state of America, that has changed quite a bit. #blacklivesmatter” username=”themomonthemove“]

On a recent trip to Buffalo to visit my parents, we were pulled over by Pennsylvania State Troopers. They held us on the side of the road until after midnight after Harold got caught in a speed trap. He admitted he was speeding once they told him what the speed limit was in that area and he apologized.  He gave them his license and the rental car contract and was polite and compliant.

We were “investigated” for 40 minutes. He was asked to get out of the car. They asked intrusive and irrelevant questions. The troopers violated our rights by both assumptions of criminality and by a search of our property. In the end, they issued him a speeding ticket. It’s an experience that has taken a heavy toll on me and my outlook of the world as a mother. Thank goodness we were unharmed, but this is why Colin kneels.

So until Alexandra stops playing flag, Sundays will be for football in our home. But the only player I’m rooting for is an adorable and deceptively fast 10-year-old girl named Alex. And the only team I love is the one Harold’s coaching.

Have your traditions ever been challenged by a moral dilemma? How did you face it?